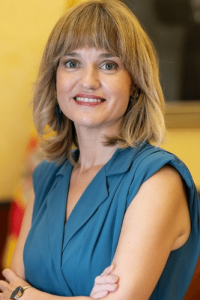 Pilar Alegría Continente has been the Minister of Education and vocational Education and Training of the Spanish Government since July 2021.

Born in La Zaida, Zaragoza, in 1977, Ms. Alegría graduated in Teaching, specializing in Primary Education, in the University of Zaragoza and holds a Master’s Degree in Advanced Studies in Social Education from the Complutense University of Madrid.

She was a member of the Congreso de los Diputados, the lower house in the Spanish Parliament, during the IX and X legislatures (2008-2015). Also, in 2015 she was part of the Regional Government of Aragon as Minister of Innovation, Research and University, being also a member of the regional courts from 2015 to 2019.

In 2019 she ran as the candidate for the Spanish Socialist Party (PSOE) in the municipal elections of Zaragoza, which was the most voted force. Later on, she served as spokesperson of the socialist group in the City Council of Zaragoza until February 2020, when she was appointed as the Delegate of the Government in the region, a responsibility she held until July 2021.

She is currently a member of the Advisory Board of the Pablo Iglesias Foundation. 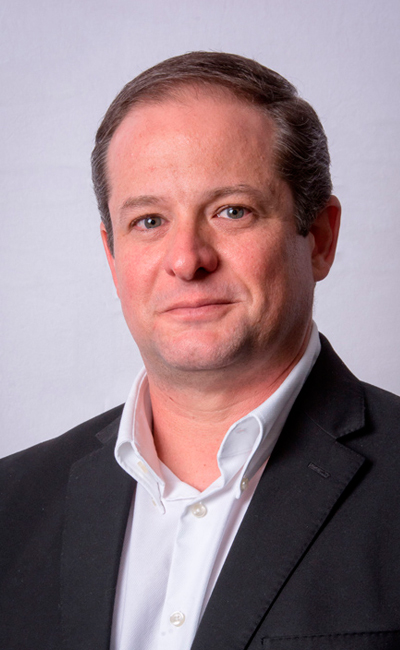 David Edwards, PhD is General Secretary of Education International, a federation of 32 million teachers and other educators affiliated with unions and associations in 173 countries globally. Dr. Edwards was named to the position in 2018 after seven years as El’s deputy general secretary directing education policy, advocacy, research and communications.

Prior to joining El, Edwards was an Associate Director at the National Education Association of the United States. He has worked as an Education Specialist at the Organization of American States and began his career as a public high school teacher.

A Pennsylvania native, Edwards is fluent in Spanish and German and is conversant in French. His doctorate in Educational Policy and Leadership is from the University of Maryland in the U.S. Away from the commitments of work, he devotes his time to his wife and three daughters. 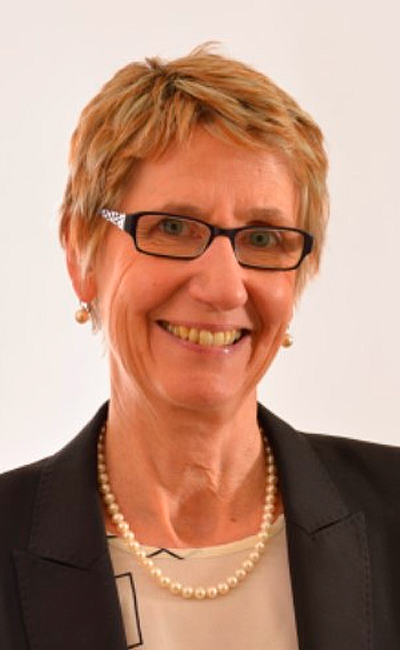 Susan Hopgood is both President of Education International (El) and the Federal Secretary of the Australian Education Union (AEU).

Susan started her career teaching mathematics in secondary schools in Victoria, Australia, in 1974. She joined what is now the AEU as a young teacher, and became an active member and union representative at the school, regional and state levels. In 1985, she began working with the union in the position of women’s officer, a job she held until 1993.

Since then, Susan has held a number of positions in the education union, such as branch general secretary, AEU federal women’s officer, and deputy federal secretary. She was elected federal secretary of the AEU in 2006, the first woman to achieve that position.

In her work at El, Susan is active at both international and regional levels. She was elected as an El vice-president at the El World Congress in Thailand, in 2001, and then re-elected in Brazil, in 2004, and in Berlin, Germany, in 2007. She was appointed as president by the Executive Board in 2009 when the then president, Thulas Nxesi, resigned to be become a South African Minister. In 2011, she was elected unopposed as president at the El World Congress in South Africa.

Active at the regional level, Susan was elected vice-chairperson of El’s Asia-Pacific Regional Committee in 2000, and was twice re-elected, in 2003 and 2006.

She has also been involved in the Council of Pacific Education, holding the position of vice-president from 1998 to 2006. 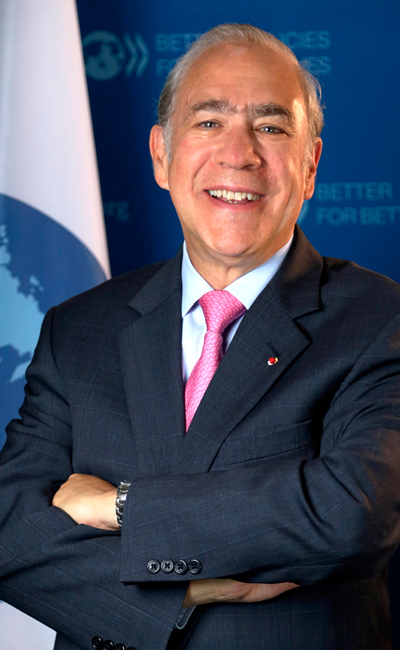 Secretary-General of the Organisation of Economic Co-operation and Development, OECD

Angel Gurría was born on May 8th, 1950, in Mexico. Mr Gurría came to the Organisation of Economic Co-operation and Development (OECD) following a distinguished career in public service.

As Secretary-General of the OECD since 2006, Mr. Gurría has firmly established the Organisation as a pillar of the global economic governance architecture including active participation in the G7, G20 and APEC, and a reference point in the design and implementation of better policies for better lives. He has broadened OECD’s membership with the accession of Chile, Estonia, Israel, Latvia, Slovenia, Lithuania and Colombia, and has made the Organisation more inclusive by strengthening its links with key emerging economies. Under his watch, the OECD is leading the effort to reform the international tax system, to enhance anti-corruption and transparency efforts, to improve the different stages of education, and to develop digital strategy,

among other fields. He has also heralded a new growth narrative that promotes inclusive growth, the well-being of people, including women, gender and youth, and has scaled up the OECD contribution to the global agenda, including the Paris Agreement on Climate Change and the adoption of the Sustainable Development Goals. 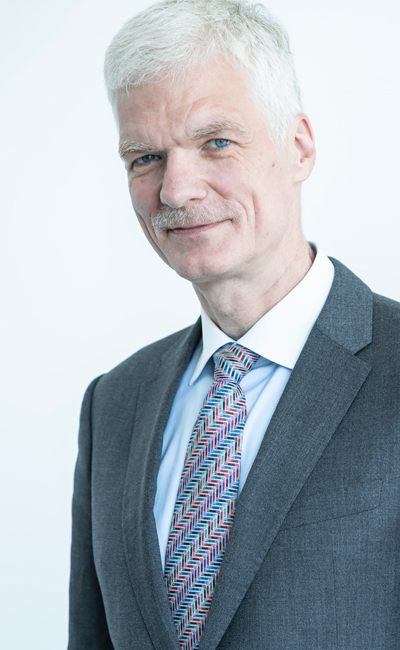 Andreas Schleicher is Director for Education and Skills, and Special Advisor on Education Policy to the Secretary-General at the Organisation for Economic Co-operation and Development (OECD). He initiated and oversees the Programme for International Student Assessment (PISA) and other international instruments which create a global platform for policy-makers, researchers and educators to innovate and transform educational policies and practices. He has worked for over 20 years with Ministers and educational leaders around the world to improve quality and equity in education. U.S. Education Secretary Arne Duncan said about Andreas in The Atlantic (7/2011) that “He understands the global issues and challenges as well as or better than anyone I’ve met, and he tells me the truth”. Secretary of State Michael Gove in the United Kingdom called Andreas “the most important man in English education”, never mind that he is German and lives in France. Andreas is the recipient of numerous honours and awards, including the “Theodor Heuss” prize, awarded for “exemplary democratic engagement” in the name of the first president of the Federal Republic of Germany. He holds an honorary professorship at the University of Heidelberg. 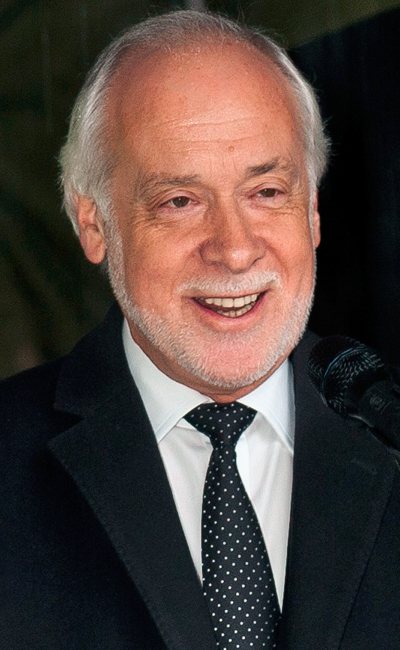 Anthony Mackay AM is CEO / President of the Washington DC based National Center on Education and the Economy.

Anthony completed his time as CEO of the Centre for Strategic Education, Melbourne, Australia at the end of 2018. He remains Consultant Advisor to CSE.

Anthony is Chair of the Australian Council for Educational Research, Deputy Chancellor Swinburne University, Melbourne and Deputy Chair of New Zealand’s Education Council. He is Board Chair of The Song Room, Board Director of High Resolves and Senior Fellow, Graduate School of Education, The University of Melbourne.

Anthony is moderator of the annual International Summit on the Teaching Profession and the Annual Global Education Industry Summit. He was Inaugural Chair of the Australian Institute for Teaching and School Leadership and the Inaugural Deputy Chair of the Australian Curriculum, Assessment and Reporting Authority. He is a Past President of the International Congress for School Effectiveness and Improvement.